REMEMBER, ATVs are not toys.  They are machines designed to carry a person over a terrain, meaning land.  Traveling across land, even in an off-road situation is just as dangerous whether it be in the back or front yard, in a neighbor's field, on a trail, or in the wilderness.  The hazards are numerous and ATV and recreational sport vehicles (including dirt bikes, mini-bikes, gokarts, inter alia) for children, teens, and adults have contributed to many deaths and injuries over the years.  Always wear helmets and other safety protective devices and adults should ALWAYS monitor children and teens for safe and proper use of any ATV or other recreational vehicle even those that are electric or battery-powered.  In addition to ATVs, and the like, parents and adults should monitor even bicycles and tricycles when used by children and teens.  The CPSC has committed substantial resources in the study of ATVs and deaths.  The death toll was rising each year and at 2006 (Data as recent as 2014), the toll had reached a staggering level.  The CPSC implemented several rules geared toward the public in promoting responsibility with ATV selection.  Since the implementation, the death rate has actually subsided as compared to other areas of increased deaths.  Many of the accidents happen when you mix an off-road vehicle on a road for automobiles, trucks, etc.  Off-road vehicles are not designed for road use and are illegal to operate in most states on roads.  Another contributory factor is when adults allow children or teens to operate a large ATV.  In these accidents, the youth are unable to get the machine off of them and are literally crushed under the weight, etc.

Everybody wants their child to keep up with every other child out there, which is normal, but the way we go about trying to achieve that needs to be reflected back on what have our children first accomplished.  Some parents even want to put a child on a dirtbike when they are two (2) years old when they have never been on a tricycle or bicycle without training wheels.

Another concern is proper maintenance and care of these recreational vehicles.  These are machines, they have moving parts, they have electrical parts, they have combustion chambers, they have chains, they have batteries, all of which represent different challenges to the parents desiring to buy an ATV or other product for their child.  These machines have to be maintained and require service from time to time and becomes frustrating for those parents wanting to save money lacking the most basic mechanical skills.

Please do not make a decision on the spur of the moment, learn more about ATVs, etc. and be willing to put forth the effort as a responsible parent or guardian when buying a unit for a child or teen, and also educate yourself as a adult to be better equipped to deal with situations responsibly.

We at Blaze Powersports and Outdoors, adhere to the best of our ability to the CPSC recommendations; although, we publicly state our opposition in that the age criteria is just one factor that should be considered, among others, such as statute, maturity, and experience of the rider, and the willingness of the parents or guardians to supervise, where their recommendations fail wholeheartedly; however, to look at the correlation of the declining deaths since the implementation of the 2006 rules and recommendations, leads us to support such findings until other findings dispute or can isolate each incident separately.

We strongly suggest and advise that all riders use the proper headgear and other safety gear, some of which, can be purchased through us or other dealers.  And we suggest that an ATV Riding Safety Course be taken, or at least, some level of training, if nothing more than an on-line course, if the others are not available immediately.
﻿EXTERNAL LINKS FOR INFORMATION:﻿ 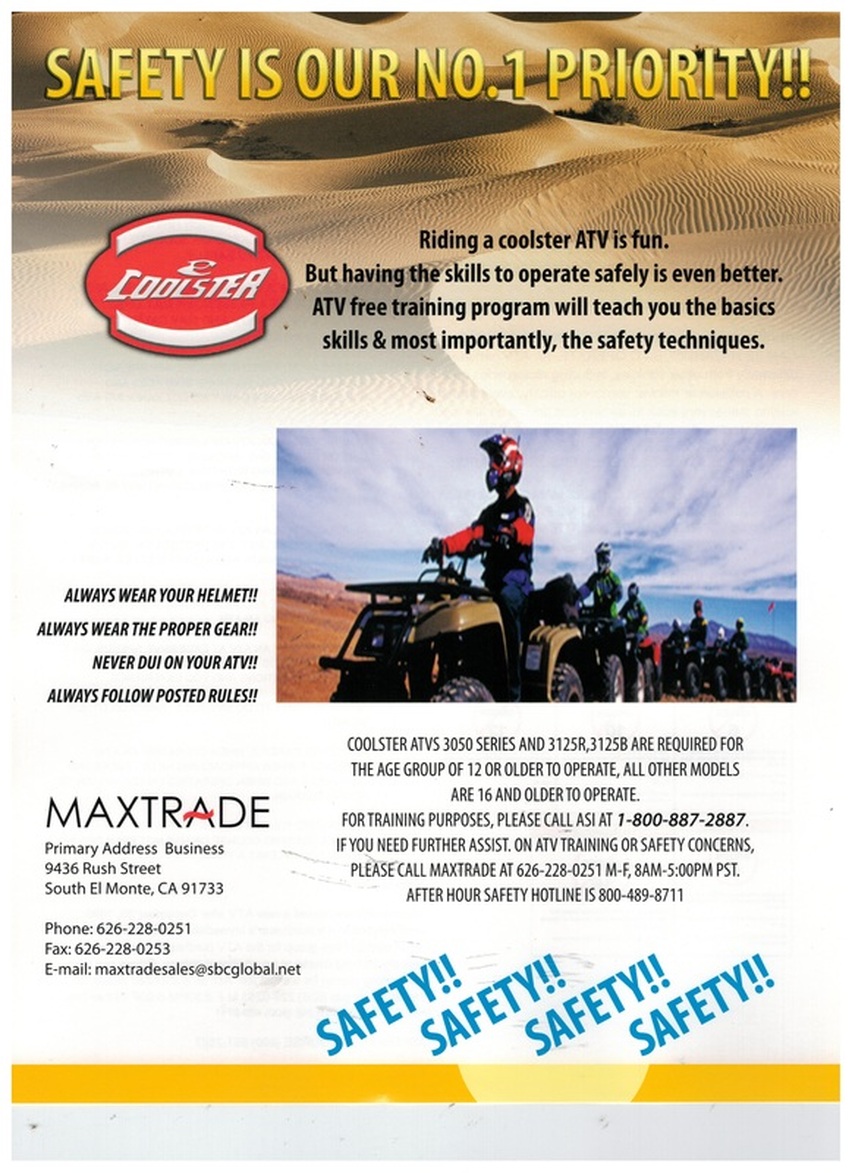 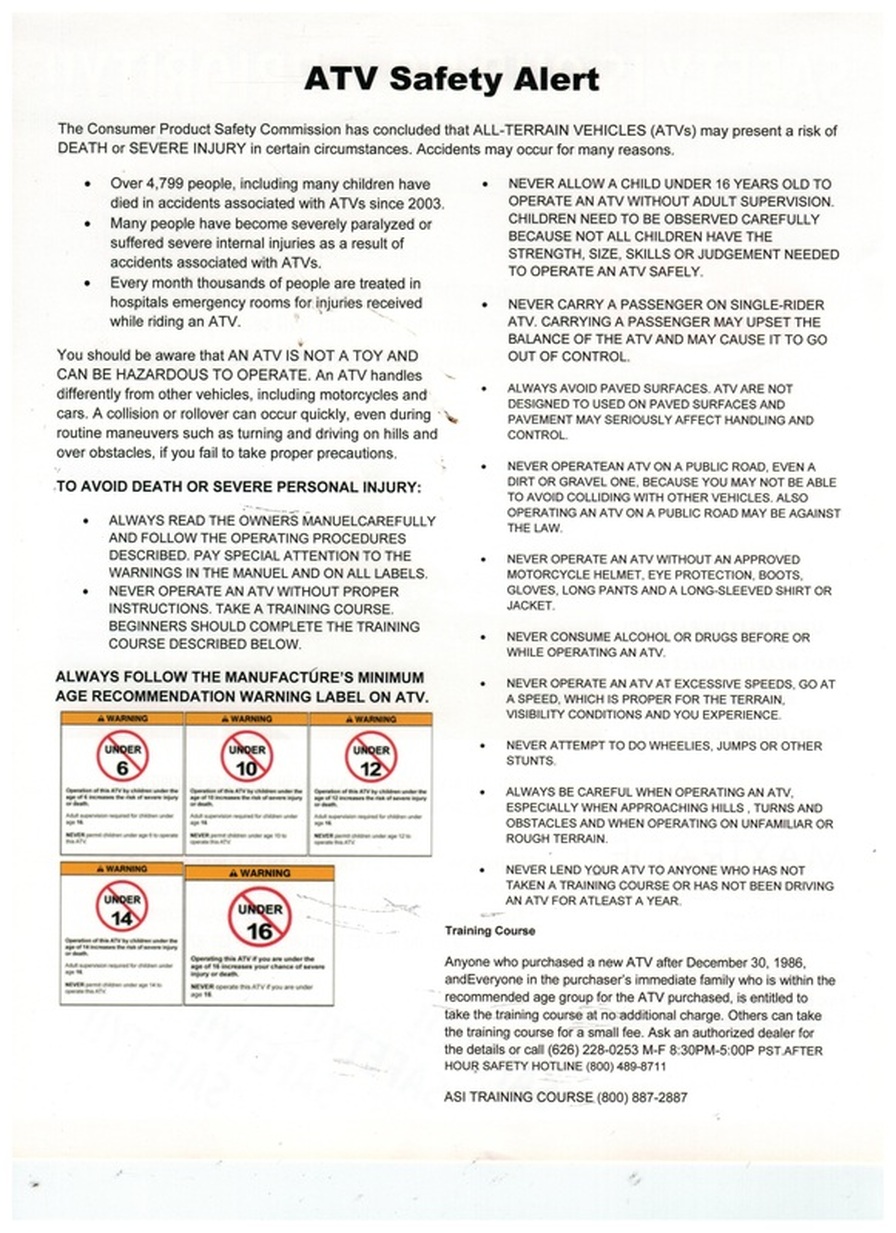